China Factory - There is a growing realization among companies that moving manufacturing out of China may be possible, but it will not come cheap.

Ever since 2018, when US President Donald Trump slapped tariffs on Chinese imports in an attempt to correct the US trade deficit with China ($419 billion in 2018) and (hopefully) bring manufacturing back to the US, some companies including the world’s top bicycle maker announced that they were shifting production for US-bound orders out of China.

Trump’s August 23 decision to raise existing tariffs on Chinese imports to 30% is likely to force several other companies to start looking outside China to manufacture products bound for the US. Countries such as India, Vietnam and Thailand have been held up as alternatives.

But over a year after the punitive tariffs were first imposed, there is a growing realization among companies that moving manufacturing out of China may be possible, but it will not come cheap.

Manufacturers looking to quit China for Vietnam have found the going difficult, for instance, because Vietnam simply doesn’t have the level of industrial capability,  production capacity or transport infrastructure that manufacturers take for granted in China, reported the Wall Street Journal (paywall) on August 21.

As someone who has worked as a China sourcing agent for several years, I agree with the assessment that relocating outside China will not be easy. I’m not saying it is impossible – I’m sure it can be done. But western businesses should prepare for more complicated supply chains, and end customers must get ready to pay higher prices for products they buy. Here is why I think so.

The assembly line is one instance of efficiency. In an assembly line, the production process is broken into steps that are completed in a sequence, with each worker adding one more bit to the product going down the line.

Modern assembly lines were first introduced in the American meatpacking industry in the 19th century after which Henry Ford adapted them for his automobile factories in 1913 because they saved costs. Because of the savings this new process brought him, Ford cut the price of the Model T from $850 to less than $300.

Assembly lines save costs because the majority of workers that factories hire can be unskilled workers who are trained just to do one specific simple task. This means factories don’t need to hire as many skilled workers (who are more expensive) to make the entire product as they normally would have had to. Similarly, on an assembly line, all the components required to make that product are literally within arm’s reach, allowing the product to be assembled faster. By hiring only a small number of skilled workers, by maximising each worker’s productivity (same pay more output), and by reducing the time taken to manufacture a product, factories save costs and increase revenue.

China’s Sock City is one such manufacturing cluster. Located in Datang in the city of Zhuji in Zhejiang Province, it produces 30% of the world’s socks. You will find all factories related to this industry concentrated in this cluster – from sock machines to threads. There are similar clusters for factories manufacturing injection molds in Zhejiang, Jiangsu and Guangdong provinces. This clustering give factories a supply-chain related competitiveness that factories abroad or even elsewhere in China struggle to match.

Such clusters are one of the reasons why Chinese manufacturers can still quote the most competitive prices to buyers in the West despite the country’s rising wages.

Then there are economies of scale. In manufacturing, the higher the volume, the cheaper the cost per unit. Many Chinese factories have a massive production capacity that factories in other countries are yet to match.

China’s industrial clusters and its other manufacturing zones are, in turn, serviced by transport infrastructure that rivals or perhaps even surpasses that of many so-called developed countries. The country’s entire industrial ecosystem, so to speak, is designed to facilitate exports. This allows raw materials to swiftly reach factories and completed products to be efficiently ferried to the country’s many ports, resulting in lowered costs again.

The infrastructure of countries such as India and Vietnam that are being touted as possible alternatives to sourcing from China are yet to catch up even as Beijing continues to invest in infrastructure to boost its slowing economy.

Take India, for instance. In my experience, unlike the majority of Chinese suppliers, Indian manufacturers immediately understand what Western buyers want in terms of quality standards and delivery expectations. The quality of India’s manufacturing is also very good. But its transport infrastructure can cause bottlenecks.

I experienced this first hand a few years ago when I worked on an order for a western client with a factory in Ludhiana, in the northern Indian state of Punjab. The quality of the order was great, and the factory completed it on time. But sending the consignment to the port was like attempting to send it into space. In fact, it took longer for the product to reach the port from the factory than it did for the supplier to manufacture the product.

Such delays are inefficient, leading to increased costs, loss of sales or even loss of customers for the business that has placed the order.

So though several Asian countries are indeed alternatives to China manufacturing, China still has an edge in manufacturing competitiveness. In my opinion, till these competitors can match China’s export-oriented factory and transport infrastructure, western companies will certainly be able to move manufacturing out of China, but they – and the end customer – certainly should not expect “Chinese prices” anymore.

This is perhaps why a Boston Consulting Group report of December 2018 acknowledged that despite challenges such as rising wages and escalating trade tensions with its trading partners such as the US and Japan, “it is reasonable to assume that China will remain manufacturing’s center of gravity for the foreseeable future”. 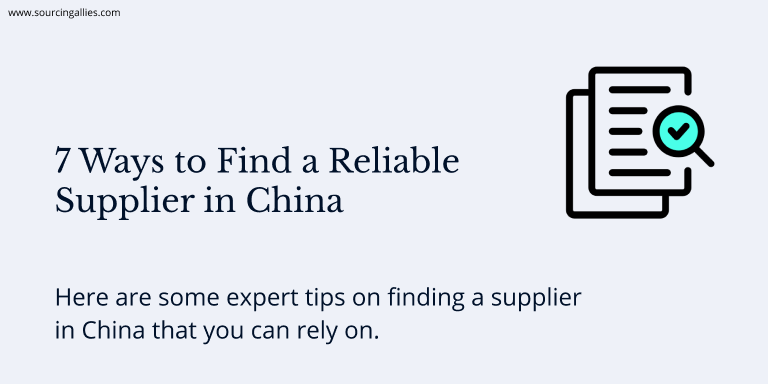 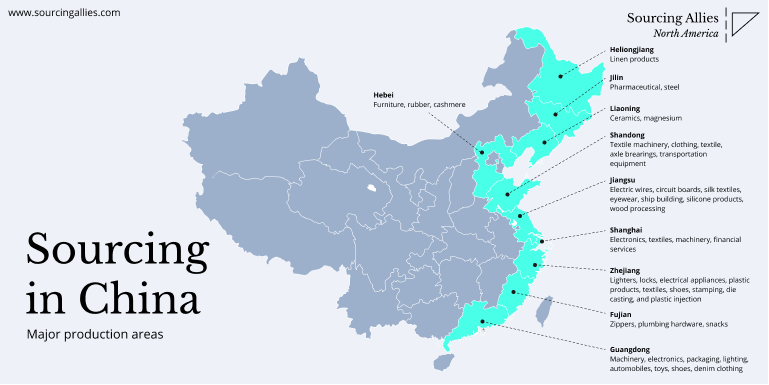 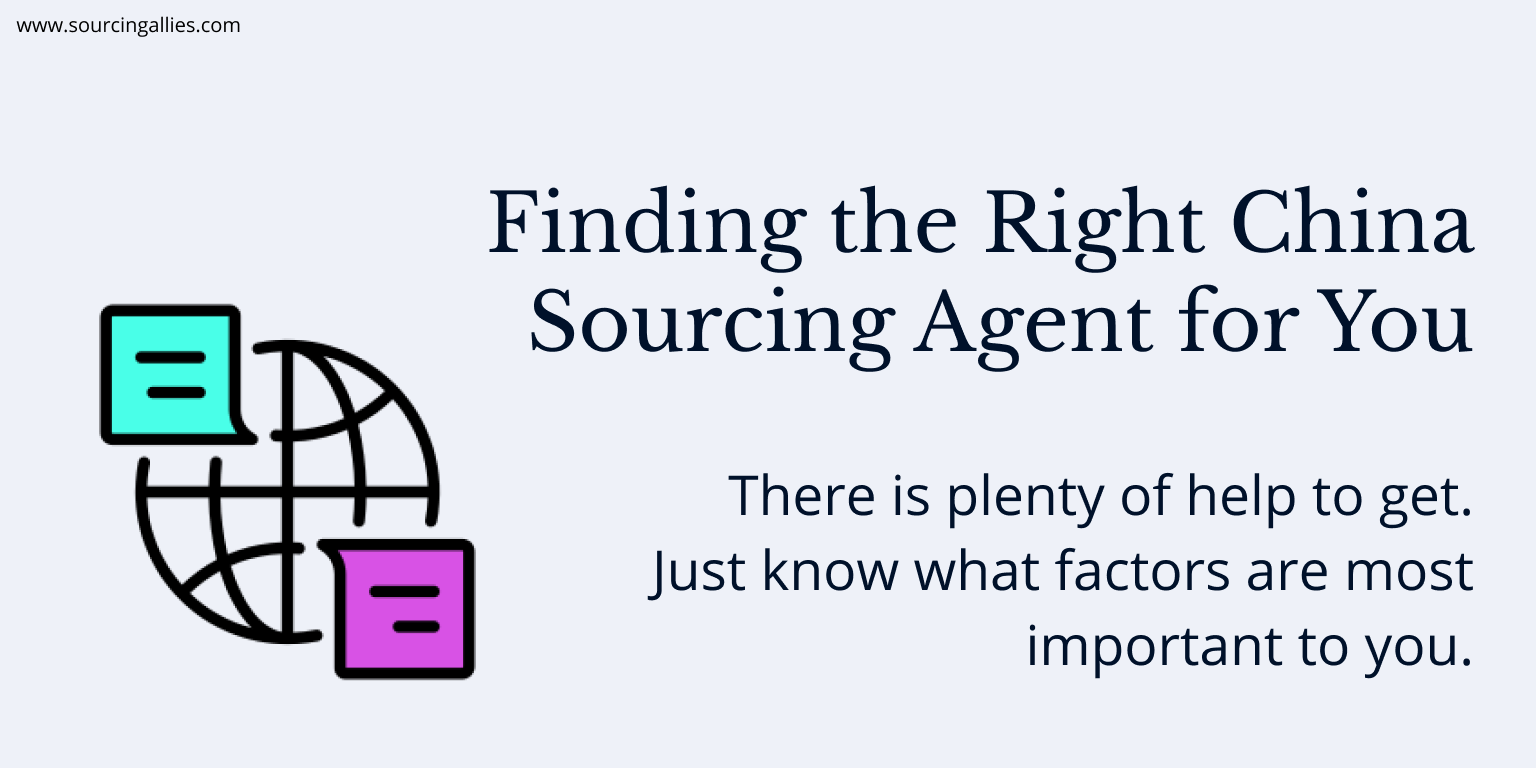